On Monday 14th July we hosted the BBC Breakfast Business presenter, Dominic Laurie, and a BBC production team while they broadcast live to the two million viewers of BBC Breakfast.

It’s an annoying fact of running your own business that when the phone rings it’s far more likely to be someone trying to sell you something than one of your own customers needing some help or advice.

Refrains of ‘no, we’re quite happy with our telephone supplier thank you’ or ‘I’m not sure we really have a need for sea container distribution’ ring out across the shop many times every day.

So when the Federation of Small Businesses called us late one Friday afternoon to ask about the speed of our broadband we thought it was another unsolicited sales call. Thankfully the lady on the phone was pretty persistent otherwise we’d never have found ourselves hosting the outside broadcast for BBC Breakfast News the following Monday.

For us it was a fantastic opportunity to get our shop in front of a national audience (and highlight the woeful speeds of broadband available to many small businesses in the UK) but it was also a great chance to find out a bit about something we knew nothing about. 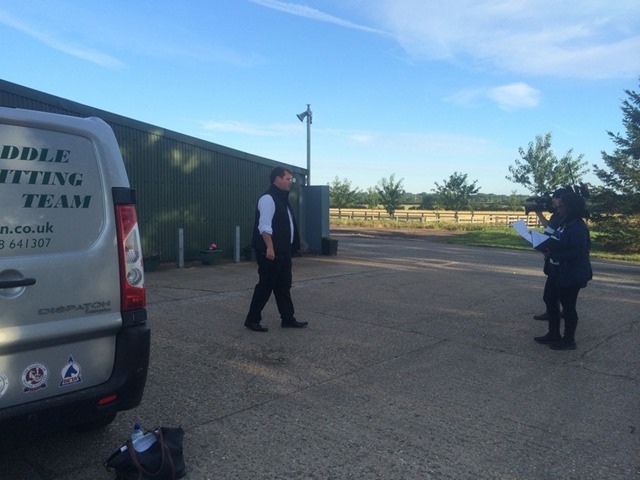 Here’s what we learnt:

If you work on breakfast news you have to be prepared to get up really early. With broadcasting starting at 6am we had the shop open at 5am just in time to get the coffee brewing before the crew arrived.

Filming in a place where there is electricity and working toilets is a cameraman’s idea of a great place to shoot. Forget the glorious views from halfway up a mountain in Wales in the middle of January – if there’s a drive to the nearest toilet and no tea making facilities it’s a bad location.

Being a live TV presenter is harder than it looks. Getting to grips with something you know nothing about, making sure you remember who you’re talking to and how to pronounce their name and recalling where you are, all in the 20 minute window before you next ‘go live’ is a seriously impressive talent.

Being a live TV producer is harder than it looks. Not least because as well as managing the whole production you’ve got to manage your hosts as well. A task made harder by the automatic reaction that most people who see a TV camera have of staring wide-eyed and opened-mouthed at it. Joanna, the producer, had the patience of a saint with us.

Even if you think that there is the smallest chance that you might be on TV, dress for the part. Don’t rock up in a shapeless old polo shirt confident that because you ‘know nothing about broadband’ you’ll never be on TV. Producers are a funny bunch and before you know it you might find yourself slap bang in front of the cameras.

There is a genuine fear that as a presenter there’s a chance you might get giddy and go a bit ‘Alan Partridge’. We almost had the great line ‘from computer bits to horse bits’ uttered by Mr Laurie until he talked himself out of it on the basis that it sounded too much like something the fictitious Radio Norwich presenter would have said.

People who don’t have horses don’t really get it. Of course our horses ‘need’ lollipops (cherry Likits), rock salt licks from the Himalayas, supplements to speed them up and slow them down plus all manner of clothing in every colour under the sun. Sounds perfectly reasonable until you try to explain it to someone who thinks that all you need to keep a horse happy is a field full of grass.

Horses, even plastic ones, make great TV. Reggie, our horse who lives at the bottom end of the shop got a mention by the great Bill Turnbull on the BBC sofa. You can’t get more showbiz than that.

What an experience and we’re so pleased that seemingly loads of our customers managed to see us as they munched on their breakfast cereals. I’m not sure a future in television beckons for any of us humans but we might see if we can get Reggie an agent!

The Federation of Small Businesses is the UK’s largest campaigning pressure group, promoting and protecting the interests of almost 200,000 small businesses and most recently they have been lobbying the government on the terrible broadband connectivity of many of their members. 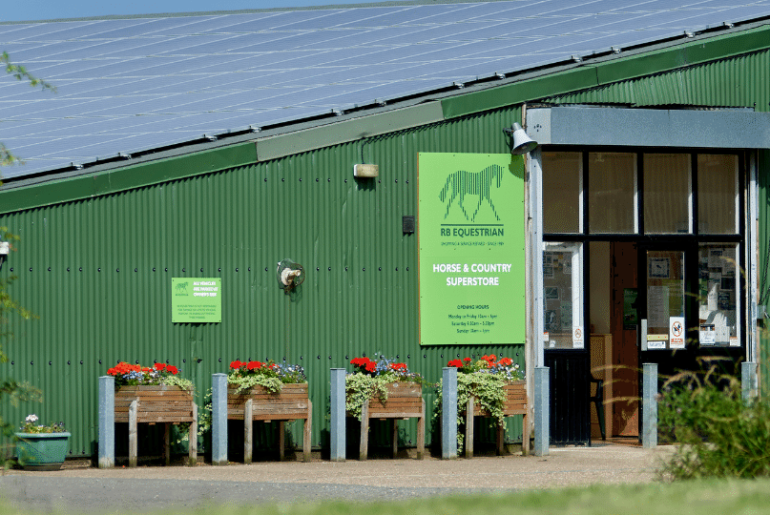 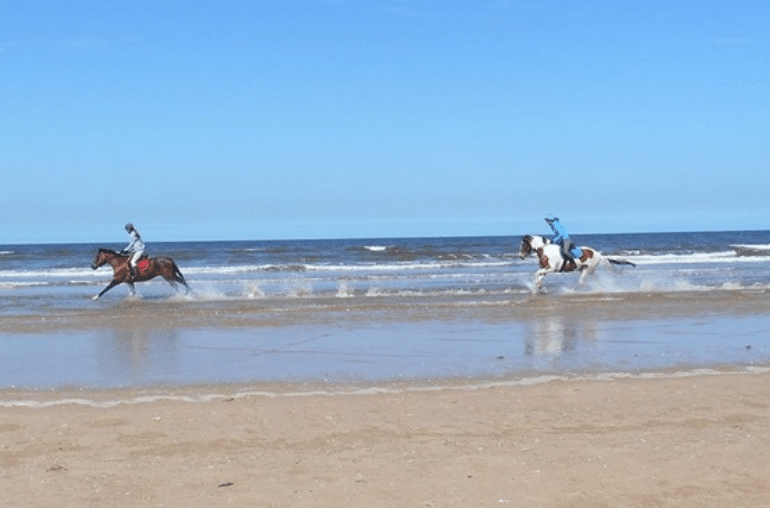 The Day Arlyne Took Her Horse to the Beach

Showing Off – why show days are the best days